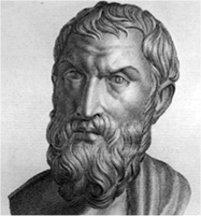 
A couple of years ago, I came up with what I thought would be a great question for the annual Stump the Scholars session at the MDM. Because that question never was used (and probably is too long to ever be used), I'll post it here for anyone who might care to take a shot at it:

This question relates to an image employed by Melville to capture the appearance of sunlight.


In their critical edition of On the Nature of Things (De Rerum Natura) by the Roman poet Lucretius, the classical scholars William Ellery Leonard (who was himself a poet) and Stanley Barney Smith compared an image used by Lucretius to similar images in a poem by Rudyard Kipling, a poem by A. E. Housman, and Moby-Dick. I will provide below a translation of what Lucretius wrote and then the comparable lines from Kipling and Housman, and my question will be, What metaphor did Melville use in Moby-Dick to describe something similar?


First, this is Lucretius:

Neither the spokes of the sun nor the shining spears of day
can dispel the fearful shadows from our soul,
but only the face and law of Nature.

The image that Leonard and Smith focused on is "the shining spears of day." They compared it to these lines by Kipling:

Far to Southward they wheel and glance,
The million molten spears of morn

And they also compared it to these lines by Housman:

And where the light in lances
Across the mead was laid

The question is: What metaphor did Melville use that is comparable to "the shining spears of day," "the million molten spears of morn," and "the light in lances"? Extra credit if you know what chapter it's in.

One hint: It's not "harpoons." That would be way too easy. But it is an edged weapon.

Another hint: He uses the same metaphor once to describe the spouts of a herd of sperm whales.